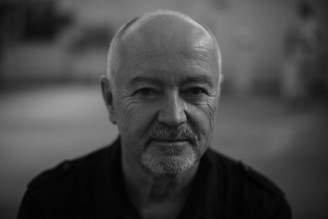 He had the desire to create art for years. But his life took other turns, so that it remained for him at first a desire and his creativity sought other channels. Until 2011 he came in contact with wooden clips and plaster bandages. Electrified, he says, he was, the thought of the possibilities of materials had not let him go. He started experimenting with the wooden clamps in a small room in the basement. And to discover the design possibilities of plaster bandages.

"I would never have been able to do 'just' painting. It does not offer the same opportunity for light and shadow, the spatial experience that is possible with three-dimensional objects. "

Dieter List comes to this realization through Jean Tinguely's object art, which he greatly admires and has influenced him decisively. His wish was therefore to be able to produce just such metal objects. The interplay of light and shadow depending on the lighting incident is what appeals to him.

"Sometimes I would like to be able to illuminate my objects alternately from all sides, in order to be able to show the changed effect of the same object under different light conditions."

Dieter List collects places that have one characteristic in common: they awaken in him the desire to be able to sit there all day, just to witness the change in the interplay of light and shadow. For him, such a place is the Grand Canyon in Arizona as well as the market square in Dambach-la-Ville, Alsace.

Born in 1950 into a family of merchants from Hamburg, he initially also started a business career. But in the family art and culture were highly valued, so that from the age of 5 years regular museum visits belonged to it. His uncle, the photographer Herbert List, as well as the rest of the family cultivated a passion for art. In London, they visited together Portobello Road, where Herbert discovered a hand drawing for his extensive collection of which Dieter List was very impressed as a young adult of the early 20s. Herbert united, just as Dieter does today, the artistic and the commercial in his person.

He also begins to collect art, initially figures and objects made of paper mache, a material with which he worked recently. Later comes a passion for paperweights. Something that he finds in both Herbert's photographs and in the paperweights is a special silence and tranquility of the moment that - artistically banned - continues. He also seeks these reflexive moments, which throw man back on himself and point beyond what is shown, in his objects, which produce a changed effect through different arrangement and colouring of the same substances.